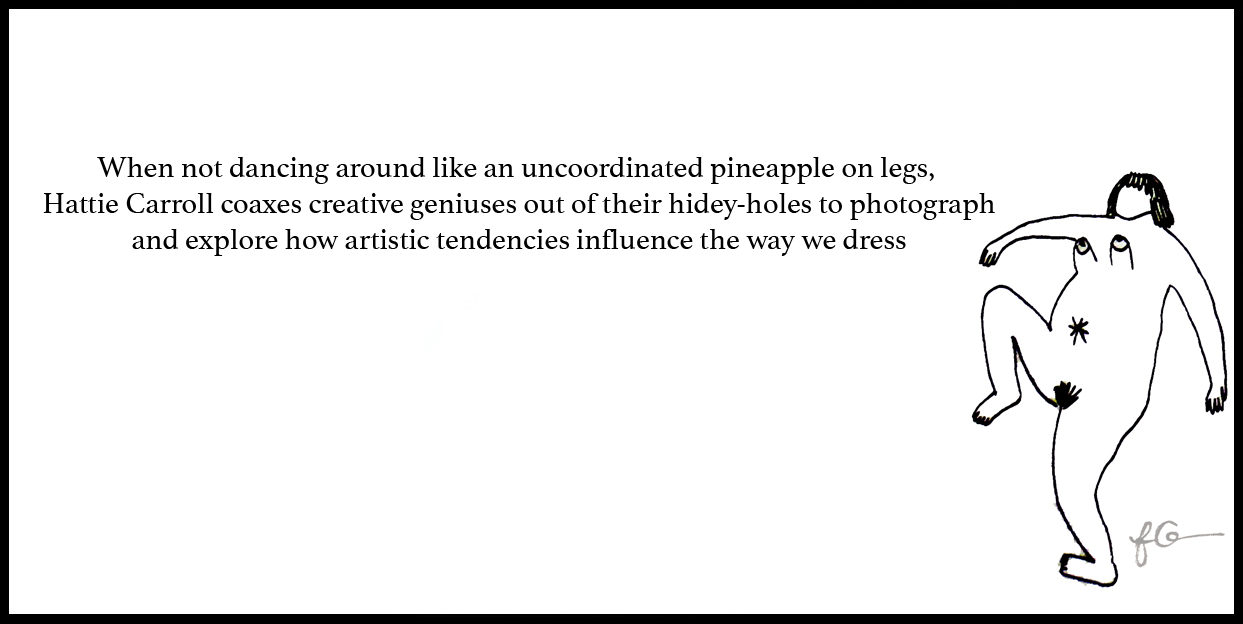 How would negative comments towards your self-formed style affect you now compared to 10 years ago?
I have always had comments about how I dress, even as a child. But I’ve rarely taken them on board.
When I was younger I had an irrational and sometimes cruel obsession with wearing clothes that no one else had.
I think because I grew up with 2 sisters who looked identical to me, I had a complex about looking like someone else.
Now days I don’t care as much about what people say or think. I like to find things that are interesting but not as an attempt to be individual, as I know that that has nothing to do with how I look.
That is the main thing that has changed clothes for me are now about having fun not about a deeper meaning. If I put that much pressure on something so materialistic then I’ll never be happy and I’d always be broke. 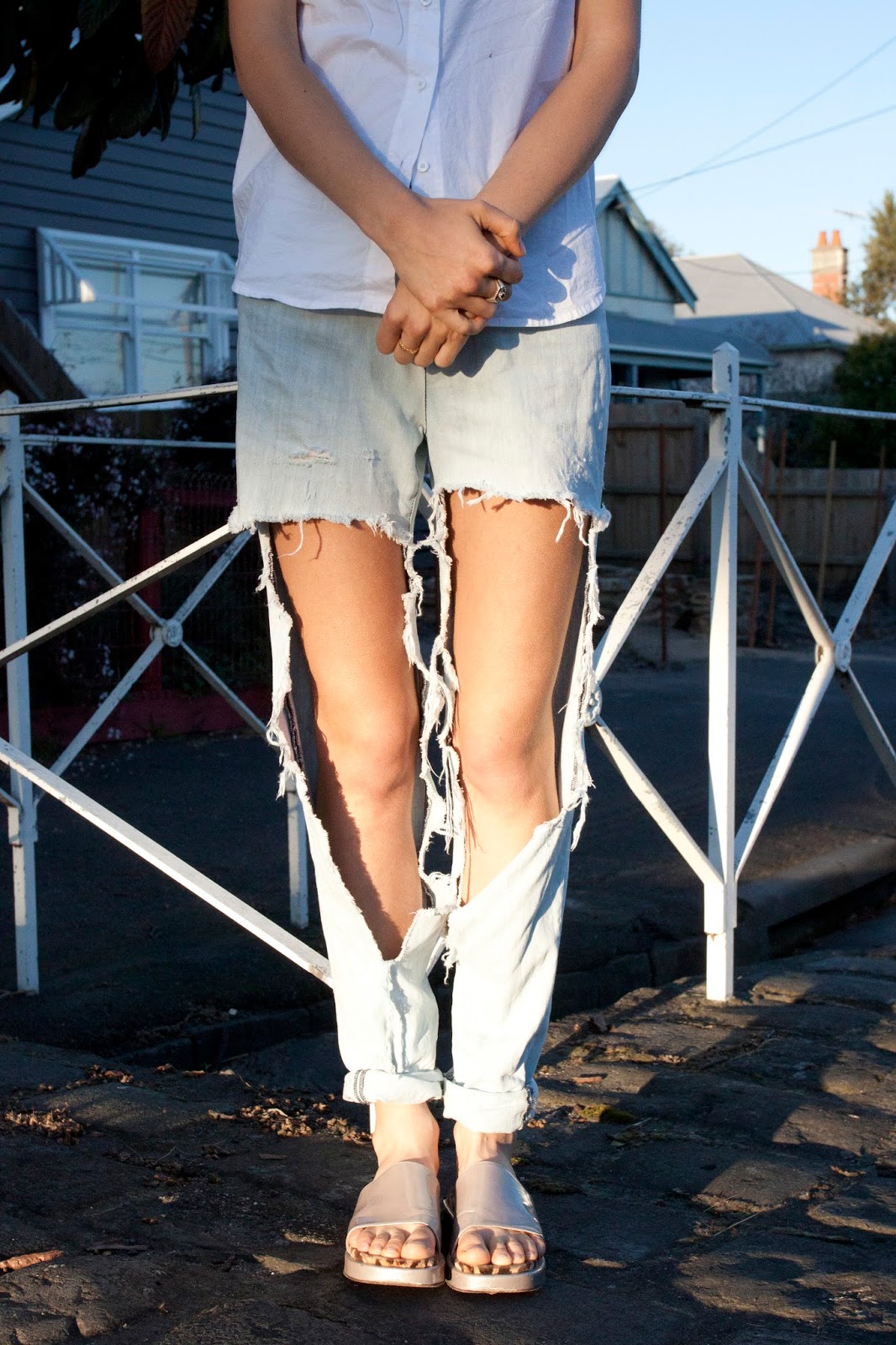 Is your style a product of organic development or conscious construction?


Both evenly. Just like everything else – nature vs nurture is an impossible riddle!


One thing I do know is that I have to feel comfortable in my clothes and that is the corner stone of why I dress the way I do.


I think it’s interesting to examine this though, especially as a woman. A lot of what we believe is organic development has only been became that way because of how women adapted to their projected role in society.


Who’s to say the feminine instincts about style aren’t all at the core conscious construction?


The way both genders dress has to have budded from something: dresses that impair mobility, pocket-less clothing, a lot of clothing that I’ve been given as a child has come from a constructed ideal about what a woman should wear. So I get confused about what is organic and what isn’t – welcome to my head!


Fashion is important to me though, not in a way that I couldn’t live without it but in the way a hobby is important.


I could quit and wear country road for the rest of my life, sure – but it wouldn’t be as fun.


I draw inspiration from Japanese blogs, children’s books, other people, other era’s etc, so there’s a lot of conscious construction going on, but at the end of the day if my gut tells me “hey I don’t feel comfortable in this” I’ll take it off. 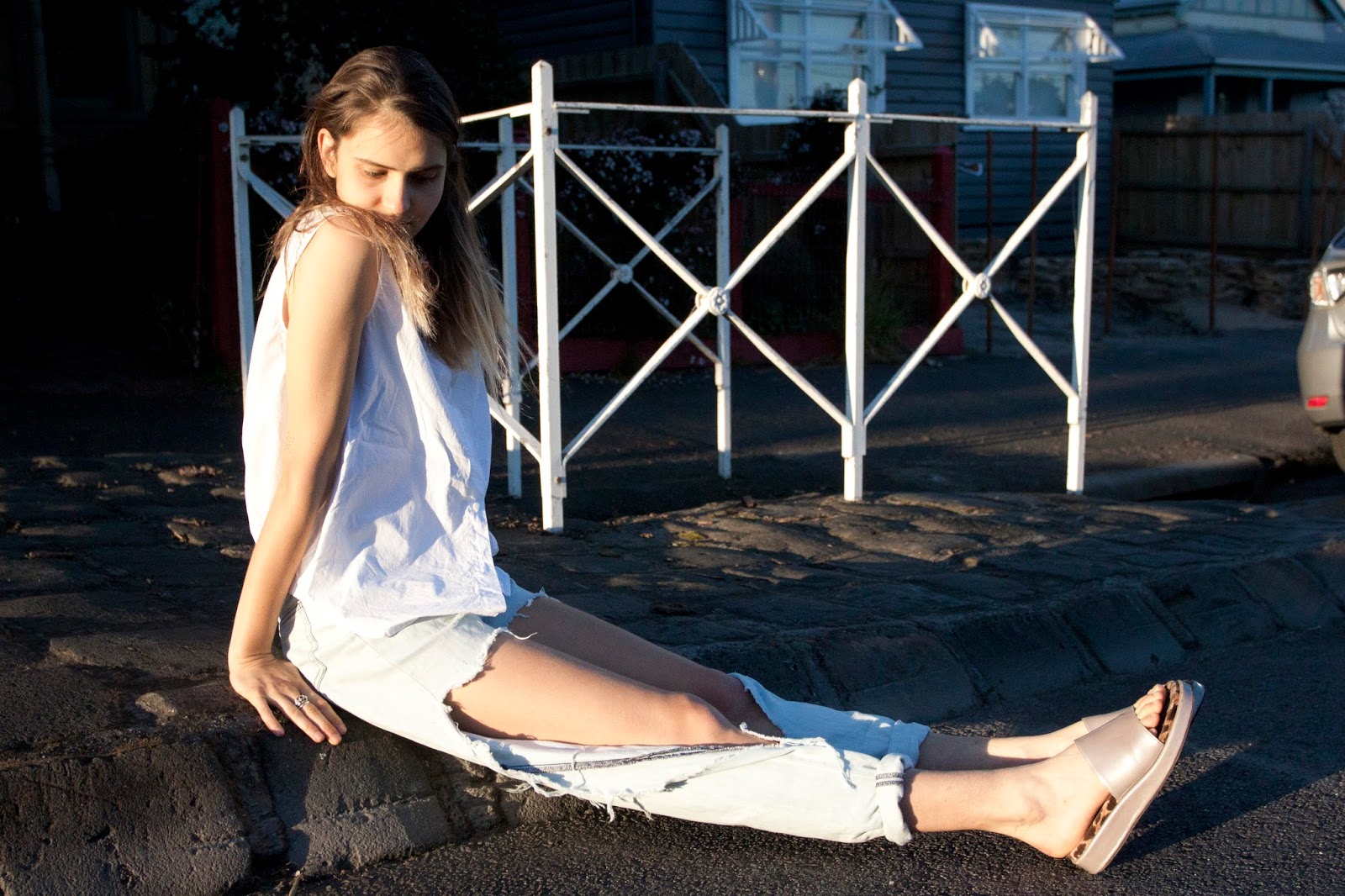 Do you think young adults would benefit from stronger role models, or better resources to understand, develop and create their own style/identity?

It took me a long time to realise the things I hated about my appearance or style were things that other people had told me they hated about themselves.

I am so tired of seeing gender roles take such a huge part in the messages we convey to young adults about what is “acceptable” to wear.
Women are told to be impractical, men are told to look careless and rugged. Who gives a shiiiiiiiiiiit.

Personally I think people who are passionate about fashion often mislead people by talking about how fashion is a symbol of who you are.
I think there should be a stronger emphasis in fashion advertising about the fun of fabric, texture colour and just playing dress-ups.
I know who I am it doesn’t change daily like my outfits, I would encourage people to communicate this attitude to kids and young adults in more areas of there lives including fashion.